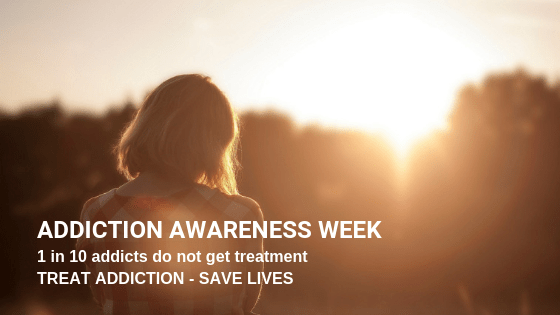 New research in the United Kingdom confirms a steady rise of addiction across society. As levels of substance abuse soar, it is estimated that half of Britons know someone who suffers from addiction. An even greater proportion of the public say there should be more support for all those affected by addiction, highlighting awareness of the wide scale damage caused to individuals and those who know them; a relative, a friend or a work colleague. Society believes more support should be given people affected by this life-threatening condition which appears to be growing in both scale and complexity.

In light of this new information, The Patron of the charity Action on Addiction, The Duchess of Cambridge, Kate Middleton, highlighted the widespread impact of addiction on individuals and families including children, and the importance of raising awareness of a condition which affects people of all ages and from all walks of life, when she spoke at a celebrity gala dinner organised by the charity on 12 June in celebration of Addiction Awareness Week.

Official UK Government statistics in 2017 recorded nearly 8000 alcohol-specific deaths, which is 12.2 deaths per 100,000 of the population. Additionally nearly 4000 deaths that year were related to drug poisoning. Meanwhile The Gambling Commission reported that public trust and conﬁdence in gambling is declining stating that 70% of people felt that gambling is dangerous for family life. All that being said, public spending cuts on drug and alcohol treatment has fallen from £877 million in 2013/14 to £716 million in 2017/18. This directly impacts support services and continues to contribute to a rise in addiction-related deaths. Unfortunately, at a time when society’s ability to address the problems associated with addiction is diminishing, people are finding it more and more difficult to access the treatment they need.

At Ibiza Calm, we have an expert team of highly professionals available at all times for any number of addictions you or a loved one may be suffering with, so please do not hesitate to call us if you need any help or advice.