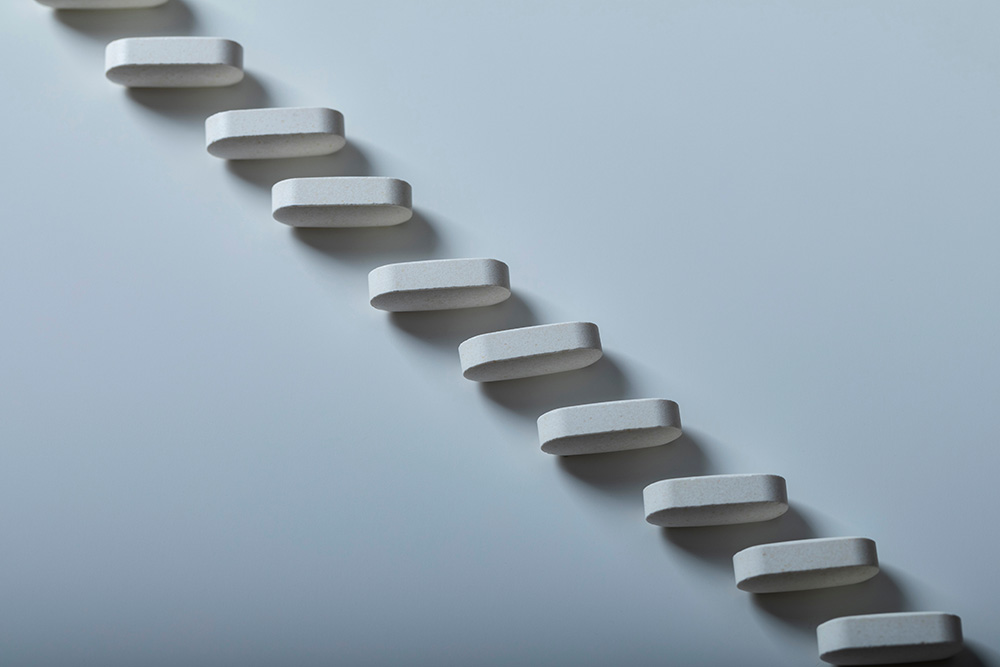 In the hard-hitting Disney+ drama “Dopesick”, despite there being several fictional characters, the narrative is centred on real-life people and a true story. The series is based on the 2018 non-fiction book by Beth Macy, “Dopesick: Dealers, Doctors and the Drug Company that Addicted America.”

The book is a damning and highly insightful look at the way a pharmaceutical company marketed their wonder drug OxyContin using misleading and false advertising; and how doctors were persuaded with incentives and kickbacks to prescribe what is a highly addictive painkiller to millions of people. Set mainly in Virginia, it looks at the shocking impact of the US’s opioid epidemic on small-town America, and the addiction crisis that has decimated the country hitting inner cities and suburbs alike. 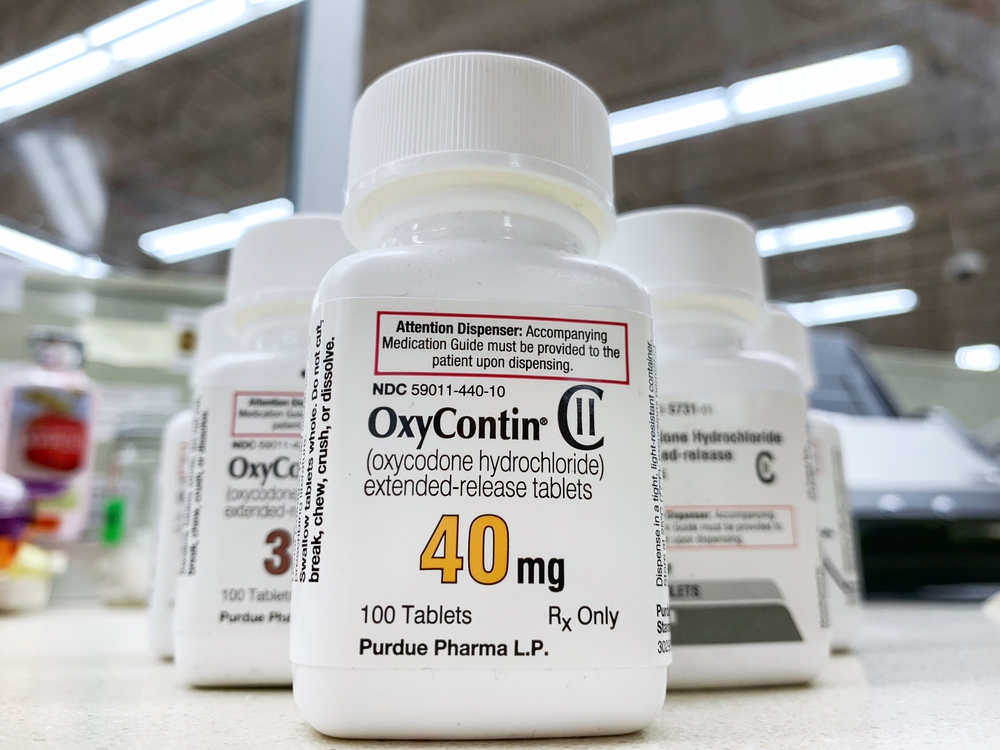 The launch of OxyContin wasn’t the first time an opioid derivative had been promoted to the public in a misleading and ultimately harmful way. Both morphine and heroin were initially presented as “non-addictive” by some and by others as “less addictive” than their precursors. The caution that was strongly voiced by members in the scientific and medical community totally disregarded only for the world to discover, after some devastating consequences, their true nature.

Morphine was first introduced in the early 1800s and was sold not only as a pain medication but as the solution to alcoholism and opium dependence. Its extensive misuse during wartime created such a wave of morphine addicts that morphine addiction became known as the soldier’s disease. Towards the end of the 19th century, it was the turn of heroin, which was marketed as a cough suppressant and a non-addictive substitute for morphine. Of course, this statement was false, and we saw a wave of people succumb to heroin addiction.

So, why was the introduction of OxyContin so instrumental in driving the current US opioid epidemic? 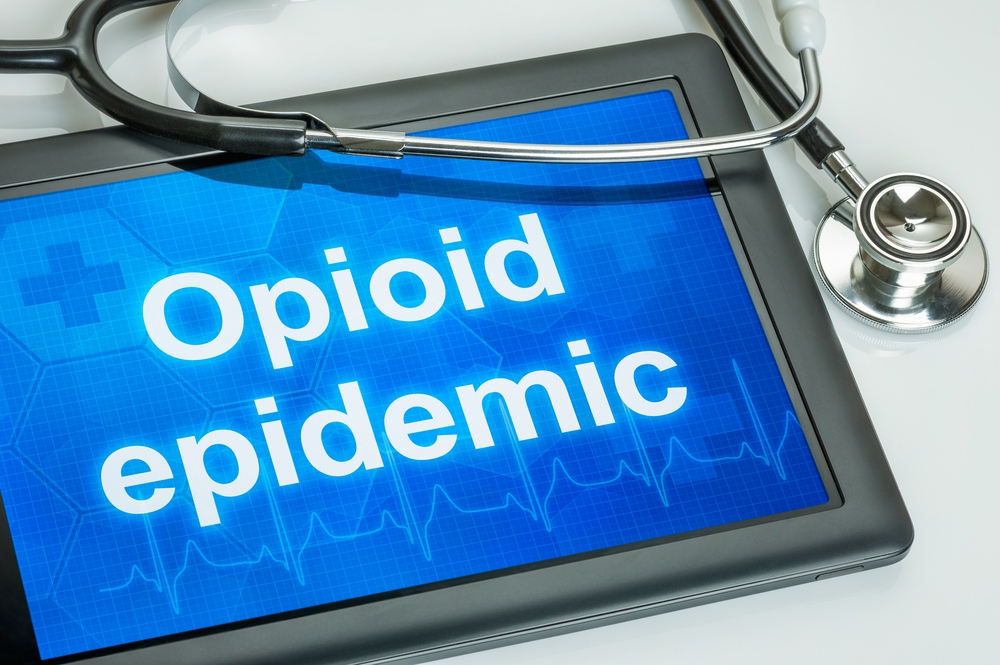 Very early in the 20th century, most of the westernised world had identified the highly addictive nature of morphine and its derivatives; governments had seen the devastation the drugs caused and the negative impact of addiction on society – the rise in crime and the damage to health and finances. As a result, and with the introduction of the Dangerous Drugs Act in the UK, and the Harrison Narcotics Tax in the US, opioids became classified as controlled substances. This meant obtaining them suddenly became more difficult as it required a prescription from a medical professional, and until the introduction of OxyContin opioid-based drugs were typically only prescribed for the pain management of serious or terminal illnesses such as cancer, and often only administered in a hospital or clinic setting. 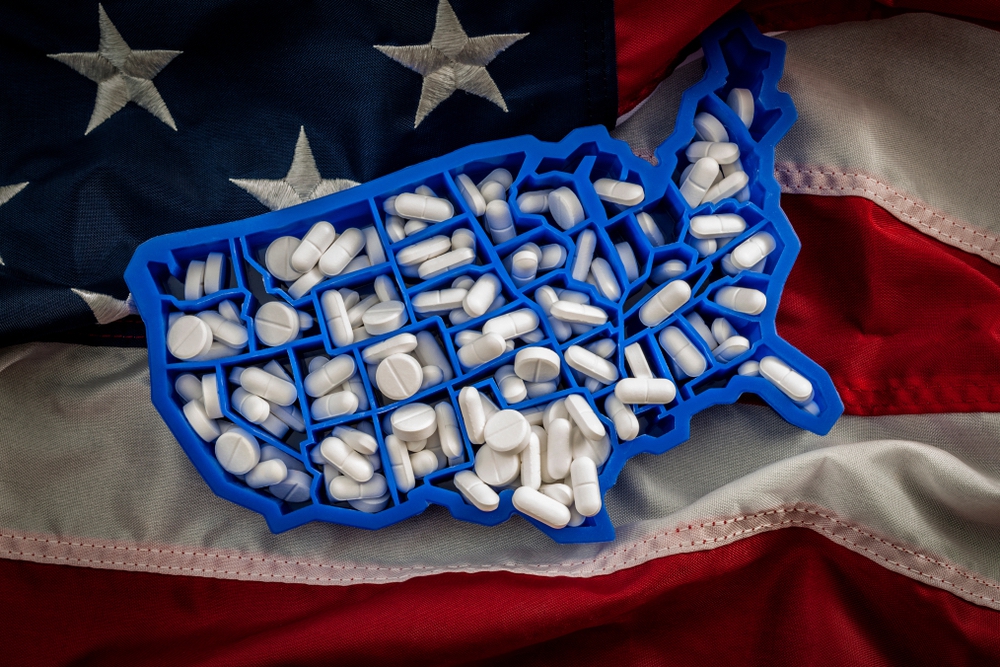 Suddenly there was a greater demand for illegally made and illicitly sourced opioid narcotics, making the sale and distribution of them a major revenue earner for unlawful enterprises and organised crime, chiefly impacting big cities and urban areas.

All of this changed with the introduction of OxyContin. Firstly, it was specifically marketed towards those with less serious issues – back problems, sports injuries, recovery from minor surgery – and it was given to patients to take home and self-administer. 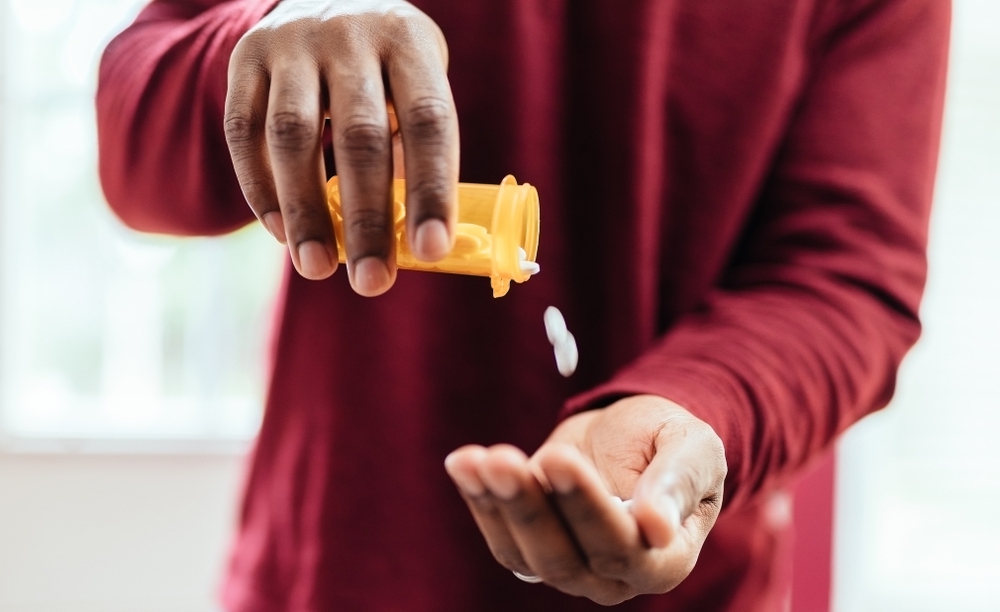 In addition to this, the sales reps for the pharmaceutical company were paid huge bonuses to encourage doctors to heavily over-prescribe the drug, offering them inducements in the form of free trips and luxury items. All the while feeding them with misleading and false statements relating to the non-addictive nature of it.

This mass over-prescribing led to huge issues with addiction. Suddenly addicts weren’t confined to the big cities, throughout the small towns and suburbs of America, there were a mass of high-school athletes and suburban soccer mums who had previously relied on over the counter pain relief, now heavily addicted to opioids and when prescriptions were unexpectedly limited or stopped these addicts were forced to turn to illegal alternatives to stop their “dope sickness”, creating a huge new demand base. 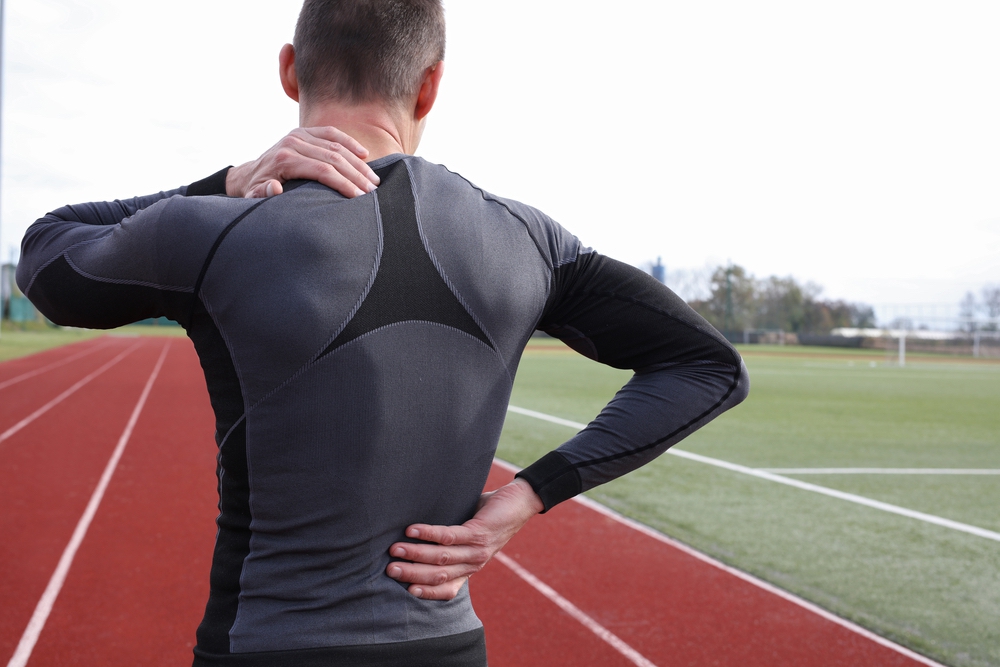 Dopesick is the urban slang term to describe the symptoms experienced by those withdrawing from drugs, particularly opioids such as morphine, heroin, or oxycodone. Using opioids for an extended period leaves the body physically dependent and when the drug is suddenly ceased an individual can suffer serious side effects – which include nausea, vomiting, diarrhoea, muscle cramps, headaches, anxiety, and agitation. Addicts will go to extreme lengths to prevent the onset of dope sickness, engaging in criminal behaviour such as dealing, larceny, and prostitution.

Opioids or opiates … and addiction

Both work in the brain and nervous system to produce pleasurable effects and relieve pain, the difference being opiates are “natural” as they are derived from the opium poppy plant, such as opium, morphine, and codeine. Opioids are synthetically made in a laboratory and include drugs such as OxyContin and fentanyl. Nowadays the term opioid is often used to describe both.

Frequently given as pain relief after an injury or surgery, opioids can be highly addictive. With continued regular use they change the chemistry in the brain leaving the user requiring higher or more frequent doses to get the desired effects. 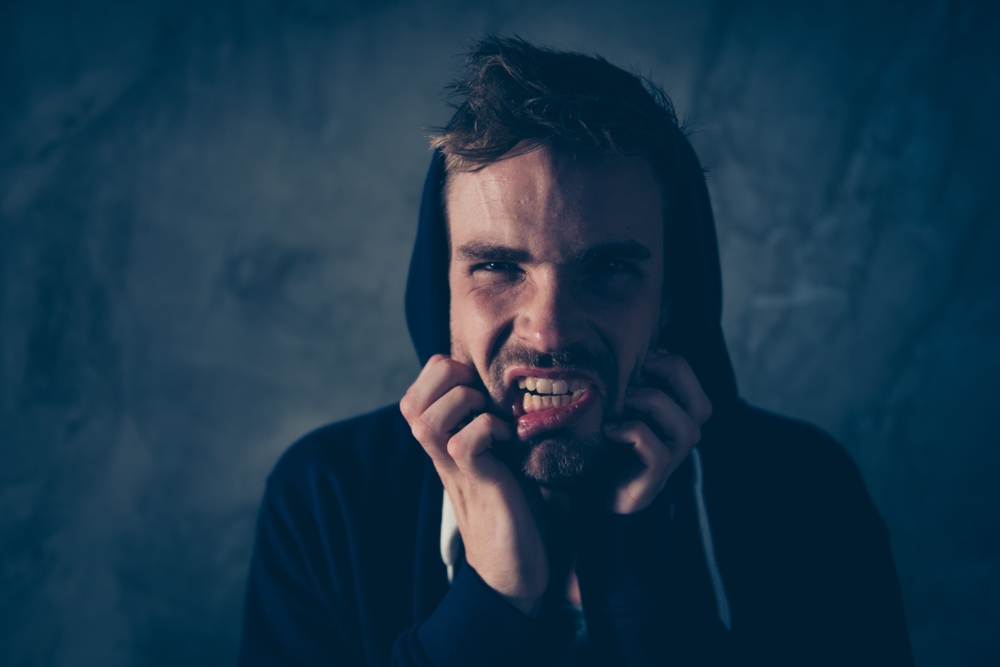 Long-term use leads to addiction and dependency and will cause physical and psychological withdrawal symptoms once the use of the drug is halted. Not all people who are dependent are addicted, however, the physical dependency alone can create problems when trying to stop.

To successfully treat opioid-based drug addiction, or any other physically dependent substance such as alcohol or Valium, a medically supervised drug detox, followed by a stay in a residential rehab clinic is the route most often used. A good rehab treatment centre will work with the patient to wean them off the physical dependency whilst looking at the psychological addiction and the underlying reasons behind the misuse of the drug, or drugs, in the first place.

In addition, practices such as individual and group counselling, cognitive behavioural, equine-facilitated, transcranial magnetic stimulation (TMS) and eye movement desensitisation and programming (EMDR) therapies have all proven successful in the treatment of problems relating to all types of drug addiction (illicit and prescription). 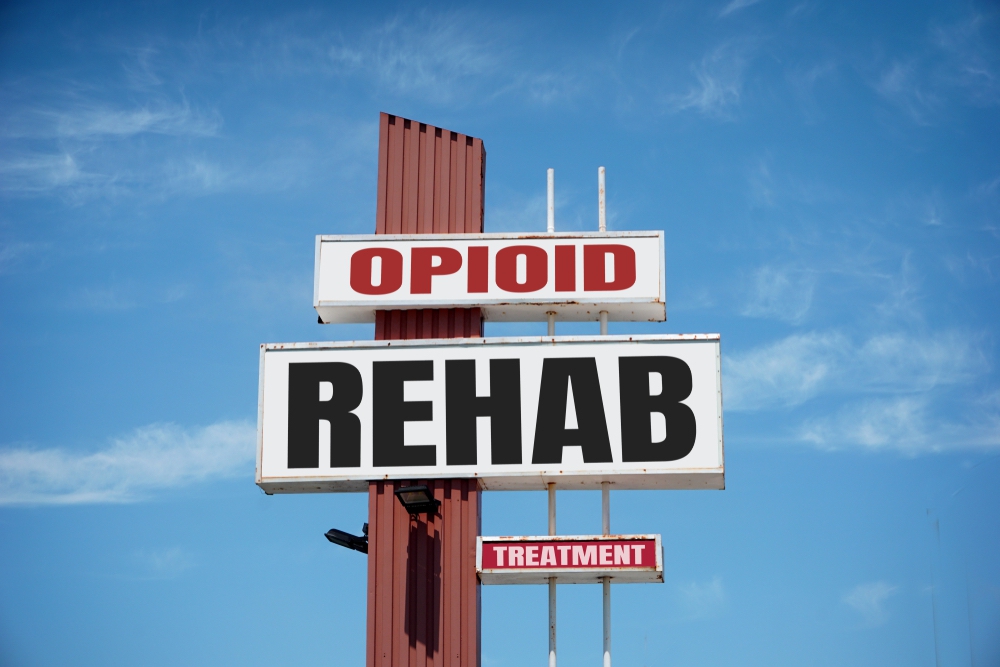 Here at our luxury residential rehab centre in Ibiza – the most personalised addiction treatment clinic in Spain and Europe – we offer all the therapies listed and more.

We have a highly experienced team of fully qualified doctors, nurses, counsellors, and staff available to treat our clients for any problems relating to alcohol, drugs, addiction, and other mental health conditions such as anxiety, depression, codependency, and trauma.

For information on admission to the rehab centre please contact sharon@ibizacalm.com