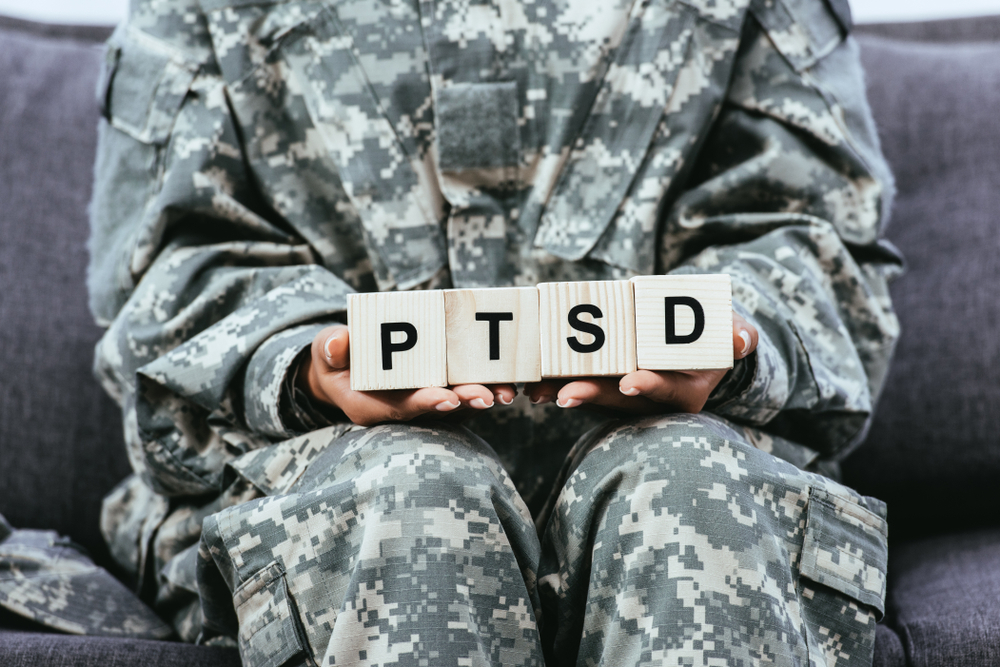 The 25th of June is Armed Forces Day in the U.K. (formerly Veterans’ Day). It is an annual event to commemorate the service of men and women in the British Armed Forces. These individuals, and military personnel worldwide, do amazing work; often in harsh conditions and dangerous situations, protecting and serving their countries and the people who live in them; and should be celebrated and applauded.

But at what cost to themselves and their health, both physical and emotional?

Most of us understand the risk that these brave men and women take to their physical bodies whilst on active service in a combat zone. The very real possibility of being wounded or losing their life.

However, until fairly recently the toll it can take on an individual’s mental health wasn’t as widely addressed. 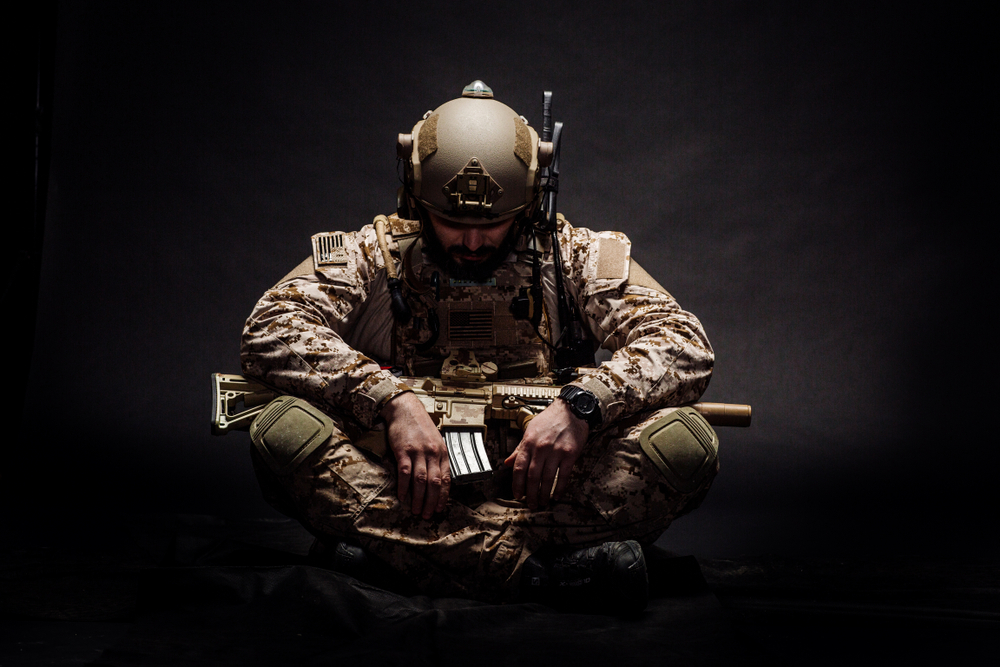 Experiencing war and conflict; living and surviving in dangerous situations, or being constantly in fight-or-flight mode; can have a huge negative impact on mental health. It is difficult to forget the horrors endured, to be able to turn off the survival instinct and live a “normal” life back in civvy street. Without the proper care and treatment, it can lead to a variety of problems such as alcohol and substance abuse, depression, anxiety, and PTSD.

Over the last four centuries, the medical profession has identified several similar PTSD-like illnesses in those who have experienced combat. Nostalgia or Soldier’s Heart – described as battle exhaustion or fatigue – were terms coined in the 19th century when referring to individuals fighting in the American Civil War. Then during the first world war (1914-18), physicians who were treating the men coming back from the frontline reported thousands of cases of shellshock.

However, the illness can be traced back much further with many ancient literary texts; including Homer’s Iliad (Ancient Greek Poet, c. 8th century BC), Gísla saga Súrssonar (18th century Icelandic Saga) and writings by Hippocrates (c.400 BC, considered to be the father of modern medicine); describing symptoms such as reoccurring nightmarish dreams, and the reliving of violent clashes, in warriors returning from battle.

PTSD was finally recognised as a diagnosable condition in 1980 when the American Psychological Association included it in its Diagnostic and Statistical Manual for mental health practitioners.

What is PTSD? And what causes it?

PTSD is short for post-traumatic stress disorder, a psychiatric anxiety disorder that occurs in people who have witnessed or been involved in a shocking or disturbing event, or series of events. Reports show that veterans are twice as likely to suffer than civilians, but the condition isn’t limited to military personnel. About one in three people who experience severe trauma will develop PTSD.

It can leave sufferers with feelings of guilt, anger, and grief. Lead to depression and anxiety, and many will repeatedly relive the event through nightmares or flashbacks.

Some of the events that can lead to PTSD include: 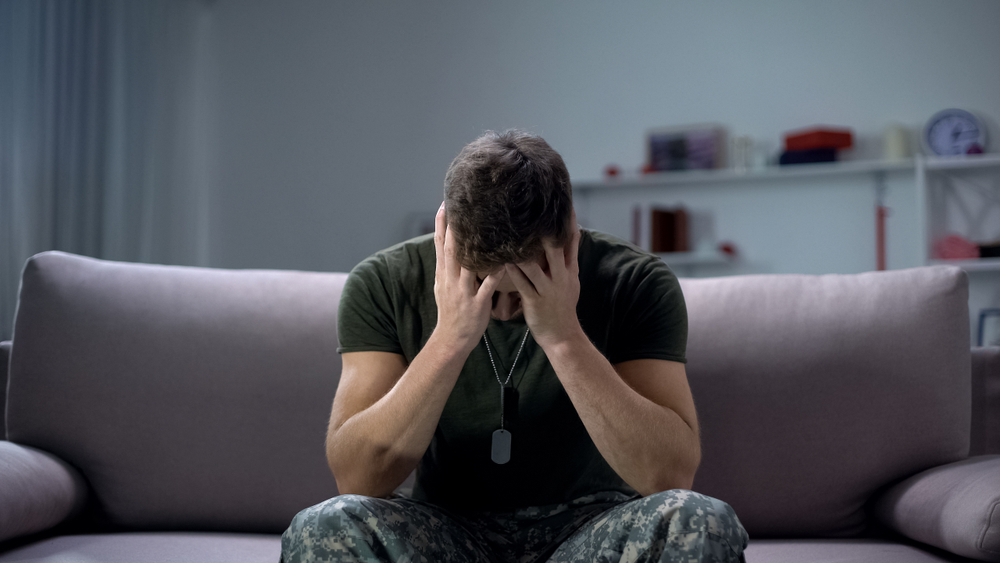 Signs or symptoms of PTSD

The symptoms of PTSD can start within a month of the traumatic event; however, some people will not show any signs until years later. These include:

– Re-experiencing the event and intrusive memories

Avoiding people, places and things that remind you of the event
Isolating oneself from friends, family, and people you love
Feeling emotionally numb or empty
Using substances and behaviours to numb the pain (i.e., alcohol, gambling)

Being constantly on edge and alert for danger, easily startled or frightened
Difficulty with sleeping and concentration
Irritable, hostile, angry and sometimes violent outbursts
Overwhelming feelings of guilt or shame 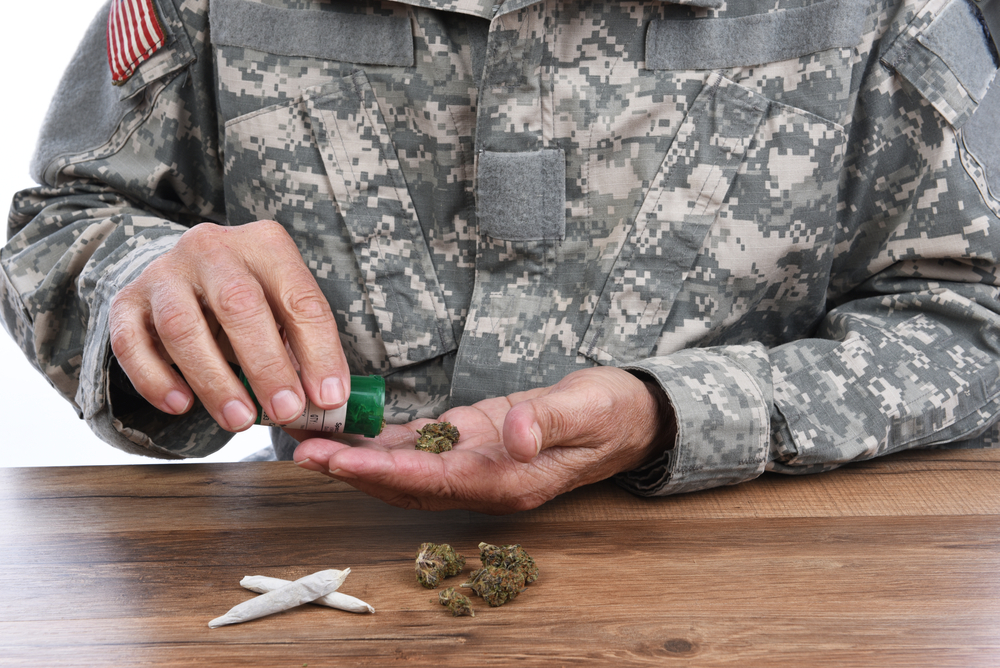 Despair or hopelessness about the future
Negative thoughts about yourself, the world or those around you
Feelings of detachment from everyone around you
Difficulty in participating in, and maintaining close relationships
Trouble holding down a job or other commitments
No interest in hobbies, activities, or social activities
Finding it hard to feel positive about anything

The condition is treatable with access to the appropriate mental health care. However, without the proper treatment, many people suffering with PTSD turn to alcohol and drugs to try and manage or alleviate their symptoms.
It is thought that as many as 40% of people diagnosed with PTSD will also be struggling with substance abuse problems. Alcohol and drugs promise detachment, oblivion, easier sleep, a way to forget the past, and to numb the pain, unfortunately, they often only compound the problem. 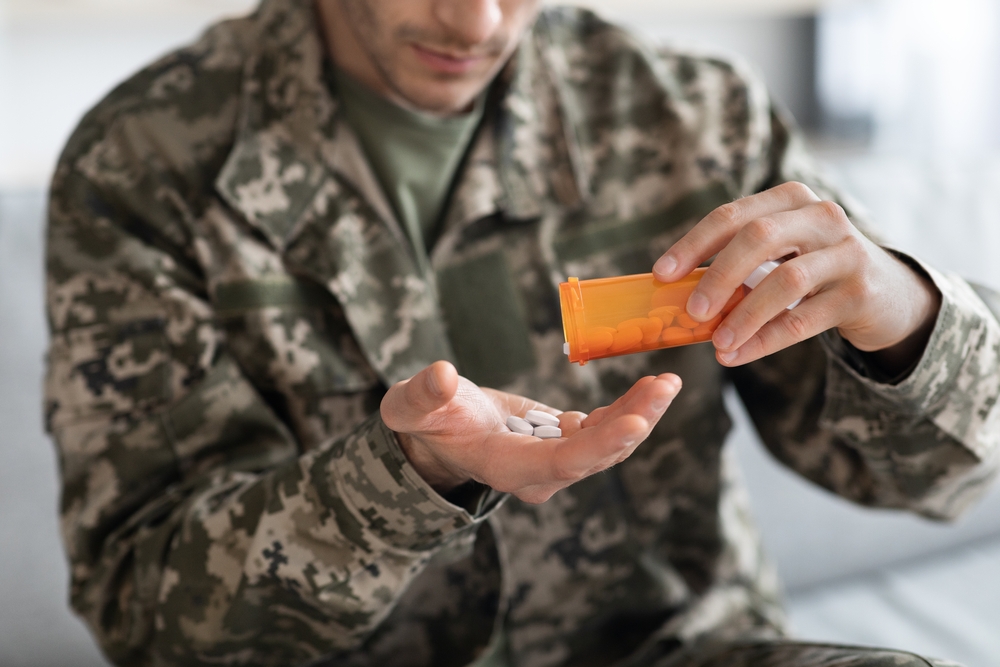 Studies in both the UK and the US have shown that of the veterans living with a substance misuse disorder, which is around 10-11% of the overall figure; most of them, approximately 80% have struggled with alcohol problems, and 20-25% have struggled with drugs, both illegal and prescription medication.

It is not just veterans, it is estimated just over 5% of currently serving military personnel are heavy drinkers, around 1% abuse illicit drugs, and approx. 4% misuse prescription medication. These numbers could be much higher, but the culture does not encourage admitting a problem or seeking help for it. It is thought that a high number of veteran substance abuse cases started whilst the individual was on active duty.

The demands of military service; deployment, being away from family and loved ones for extended periods of time, and the trauma of combat, all contribute significantly to the culture of heavy drinking. The Navy only saw the end of the daily rum ration in the 1970s. The misuse of drugs has been reported since WW2 when soldiers were given amphetamines to keep them awake and alert, and the Vietnam war saw high rates in the use of marijuana and heroin.

In line with the civilian population, in more recent years the use of prescription medication has increased significantly, with personnel being prescribed opioid painkillers to use whilst recovering from injuries. It is believed that soldiers who are legitimately prescribed pain relief for service injuries are three times more likely to go on to misuse drugs, compared to those who did not have a prescription. 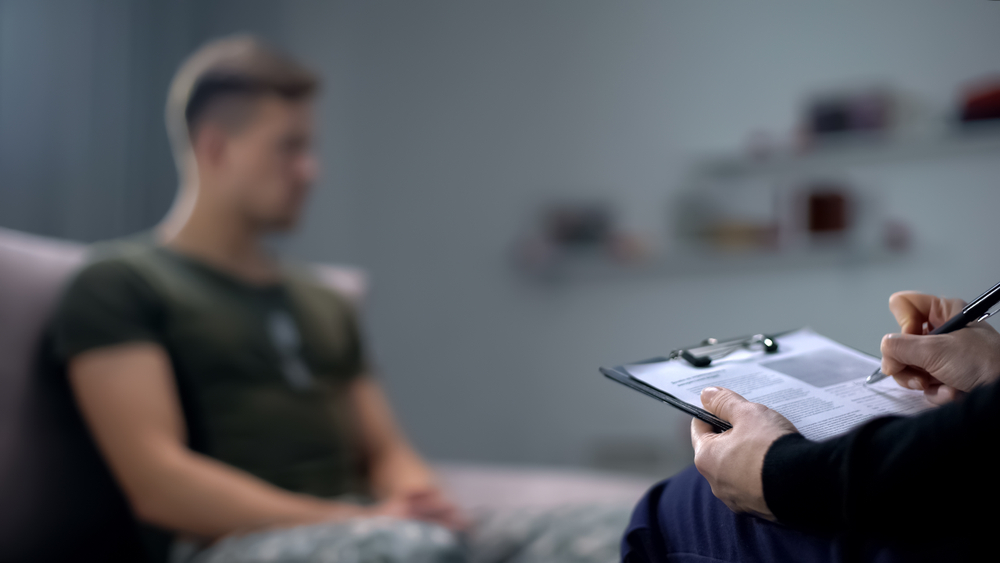 Here at our residential rehab centre in Ibiza, the most personalised addiction treatment clinic in Europe, we have a team of highly qualified staff that are experienced in a range of therapies for PTSD, depression, anxiety, drug addiction, alcoholism, and other mental health problems.

We can support clients needing a supervised medical detox and practice a range of talk and alternative therapies. We also offer TMS therapy on-site.

For information on our programs and details on admissions contact sharon@ibizacalm.com