What is prescription medicine dependency? 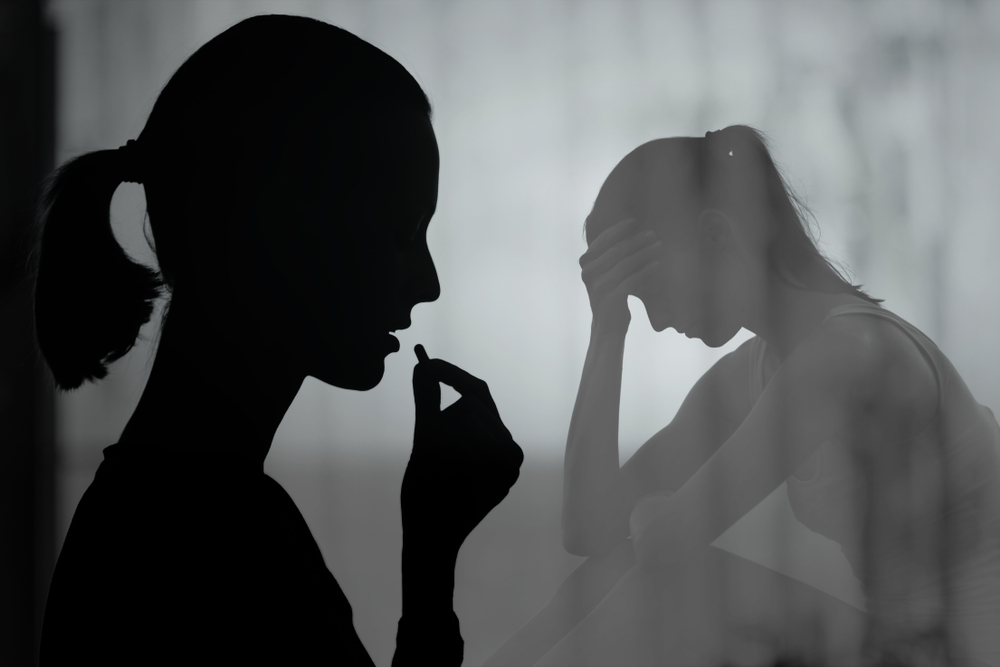 What is prescription medicine dependency?

As we start the new year, many of us are reviewing our lifestyles, and thinking about what we can do to be a bit healthier in 2023. Following the festive period, where we traditionally consume an excess of food and alcohol, it is not surprising that gym memberships, dieting, and Dry January are hot topics in most social circles.

But what about the substances that often go unchecked, or are deemed safe or necessary to use? Yes, this means prescription medication and the rapidly growing problem of individuals who are becoming addicted to medicines that are (at least initially) prescribed by the family doctor for legitimate and valid reasons, and are resulting in abuse, dependency, and death.

For many, the idea of drug addiction is illicit drugs, such as cocaine and heroin, obtained from a dealer. Drug abuse comes in many forms, and it is just as likely for people to misuse pills which have been purchased from a pharmacist or suggested to them by their doctor; and the numbers of people dying from overdosing on prescription medication is fast overtaking the figures for illegal drug deaths. 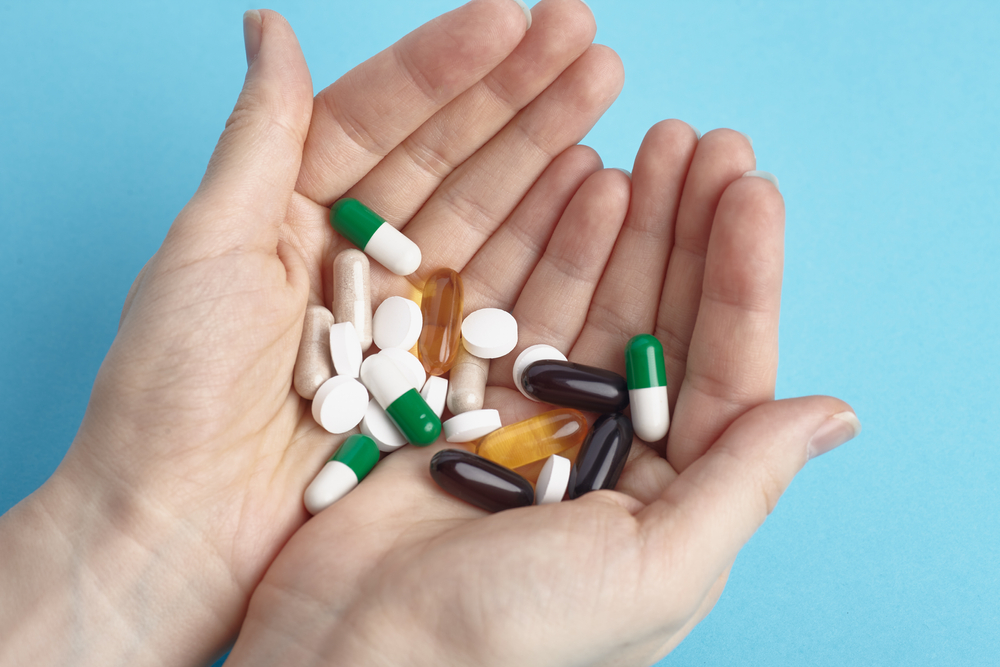 Painkillers – generally opioid-based pain relief such as codeine, tramadol, fentanyl, and oxycodone. These are synthetic opioids and work in a similar way to the naturally occurring opiate heroin, suppressing the body’s reaction to pain, and invoking a feeling of euphoria and relaxation. Misuse of opioids can cause confusion, depression, excessive sweating, constipation, impaired coordination, slowed breathing and dangerously low blood pressure. An overdose can occur when the drug overpowers the brain and interrupts the body’s natural instinct to breathe. 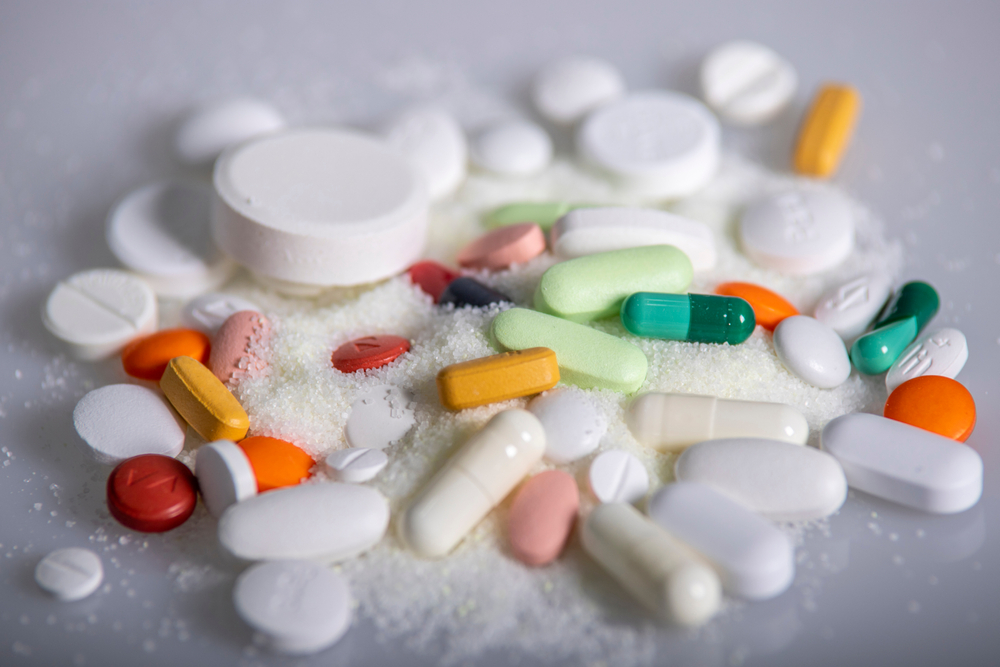 Depressants or sedatives – often used to treat anxiety or sleep disorders; benzodiazepines such as Valium; sleeping pills including Ambien; barbiturates like Nembutal; these lead to feelings of relaxation and pleasure. Overuse can cause drowsiness, unsteadiness, dizziness, loss of memory, confusion and can lead to involuntary tics and an appearance of intoxication.

Stimulants – such as Adderall or Ritalin, which are normally used to treat attention deficit hyperactivity disorders. These drugs induce feelings of euphoria, exhilaration, alertness and increased (or excessive) energy. Signs of abuse include restlessness, lack of sleep, weight loss, a decrease in appetite, an irregular heartbeat, and palpitations.

Depending upon the type of prescription medication that an individual has been abusing, potential problems may include irreversible long-term physical and psychological damage; and in some cases, can even lead to overdose and death. 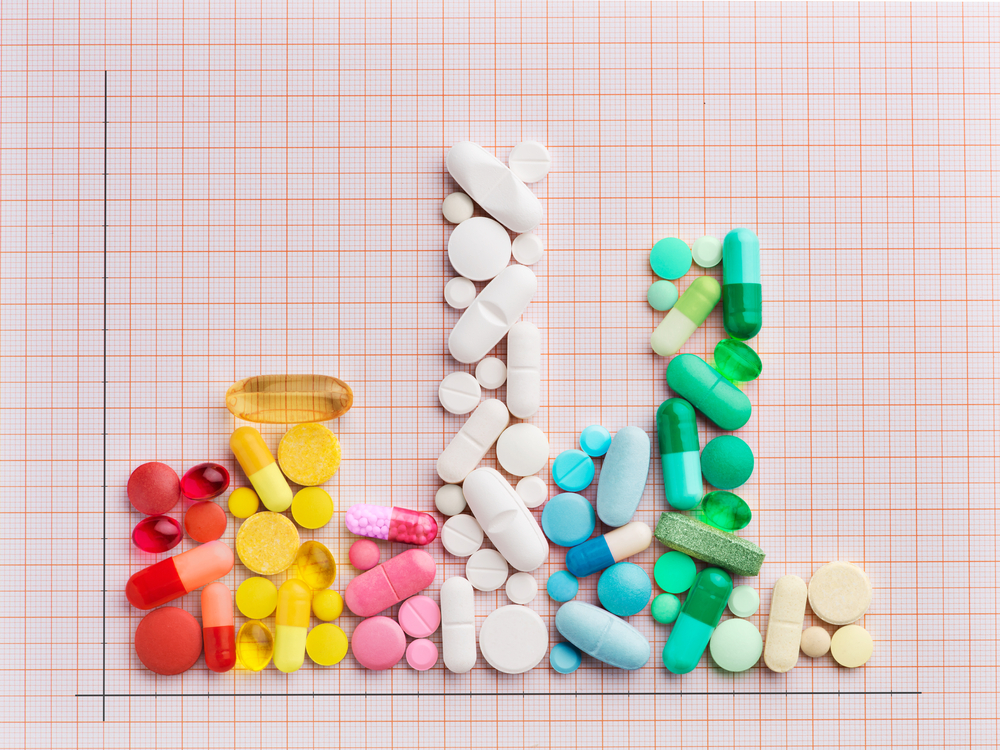 What is the difference between dependency and addiction?

Prescription medicine is a miracle of modern science and when used in the appropriate manner can be life-altering and lifesaving. Unfortunately, any psychoactive substance is open to abuse. But when does it change from simply “use” to “abuse”; and how can you tell if there is an addiction or dependency problem?

To be able to accurately assess someone’s use (or misuse) and answer those questions, it is probably an idea to understand some of the terminology surrounding drug use. For instance, the words dependency and addiction are often used together, or interchangeably, and it can be difficult to understand what they mean exactly. 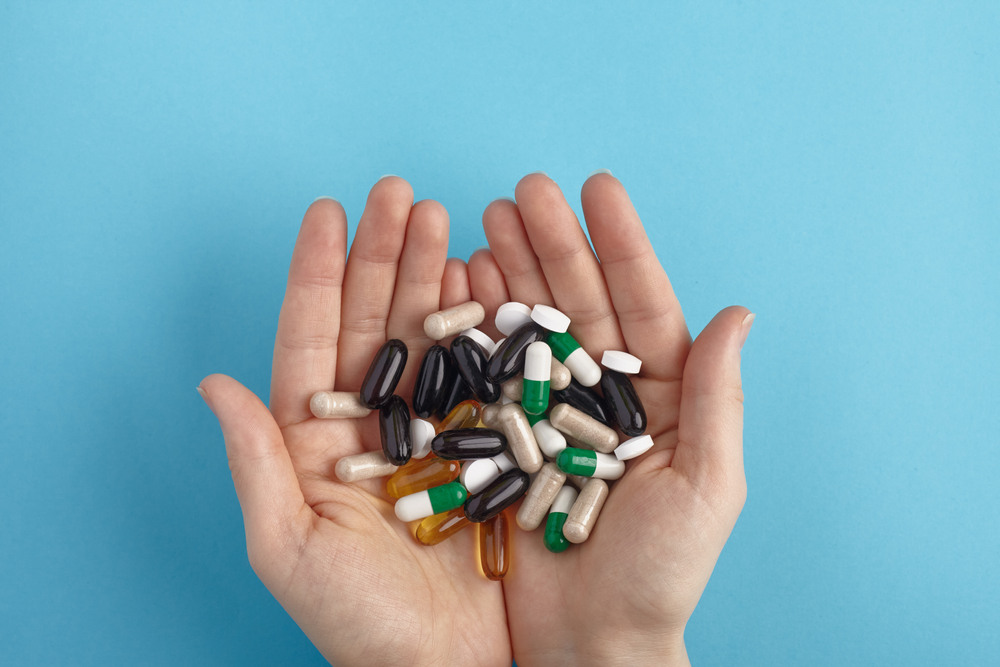 Drug use vs abuse

If someone swallows the occasional pain-relief tablet (for a headache or injury), or has a social drink with a friend at the weekend, or takes a prescribed drug within safe limits, as required; this is categorised as “use”, and is sometimes labelled as medicinal, or recreational in the case of alcohol.

When the frequency or amount of a substance is increased, outside the range of safe usage, affecting either the individual or those around them; or when the user becomes preoccupied with the effects of the drug; then it becomes abuse.

In the case of prescription medicine this could mean the user is obtaining drugs illegally, using more than one doctor to prescribe, using medication intended for someone else; and any other use that is illicit or dishonest. 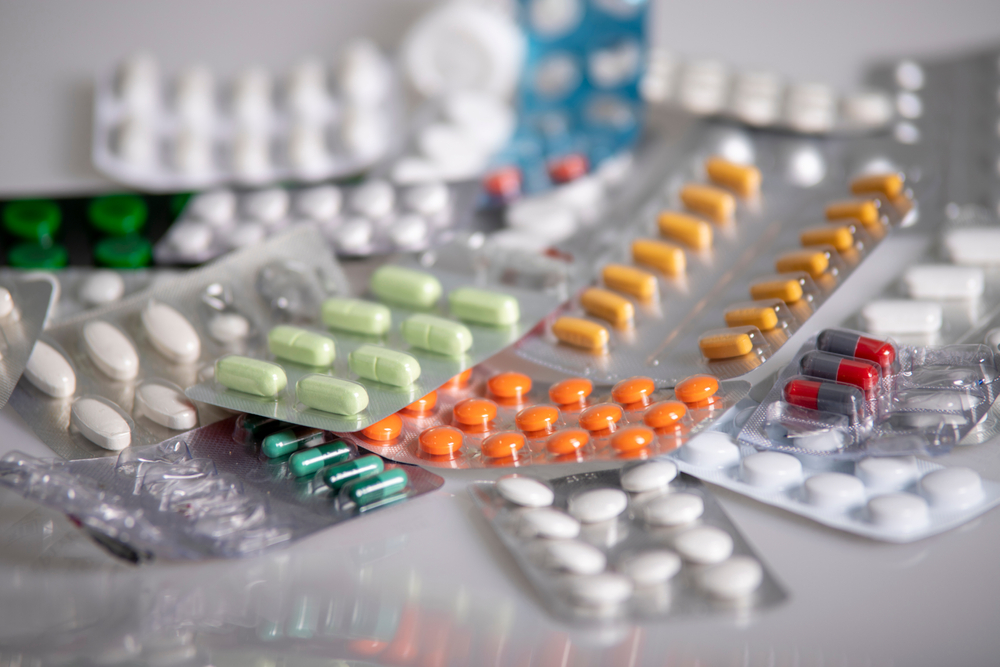 The term addiction is frequently used to explain a change in a person’s behaviour in relation to the use of a substance, or involvement in a repeated activity such as gambling. Drug addiction now medically referred to as “substance use disorder (SUD)” is a diagnosable medical condition, marked by a biochemical change in the brain after continued abuse.

The use of their preferred substance (or behaviour) becomes the primary focus of the addict, regardless of any hurt or damage; physical, emotional, or financial; they may cause to themselves or those around them.

Without access to their drug or behaviour of choice, the addict becomes moody, irritable, restless, and discontent. 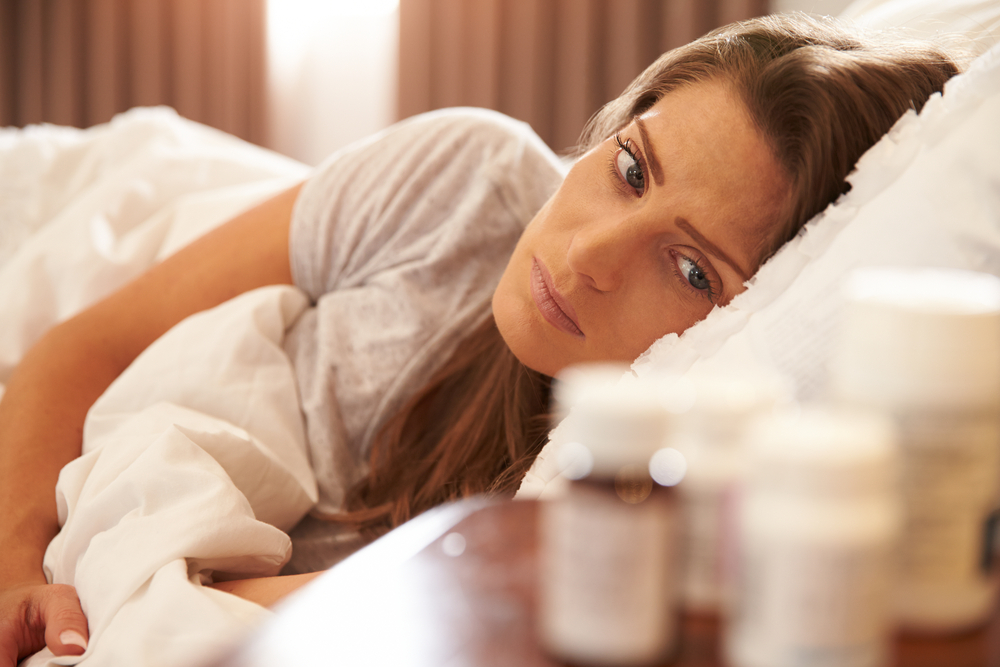 This word is frequently used to describe the body’s physical dependency on a substance. However, psychological, also known as mental dependence, can and does, occur.

Physical dependence is when the body has developed a tolerance for a substance and adapts to accept the substance within its cell structure, it therefore becomes required by the body to function. Sudden and immediate cessation of the use of a drug can cause withdrawal symptoms which are painful and uncomfortable (nausea, vomiting, diarrhoea, flu-like aches, painful joints, and chills), and if not managed correctly can be dangerous (seizures and coma).

Psychological dependence is when the user experiences a mental discomfort when they are not using the drug. Characterised by cravings, which can be “triggered” or set in motion by anything a person associates with the use of a substance. Common triggers include participation in prior bad habits, mixing with friends that they previously took drugs with, or visiting old haunts, as well as unresolved trauma, difficult emotions, and complicated feelings. Emotional withdrawal can lead to anxiety and depression; and needs to be treated carefully to avoid relapse.

Psychological dependence can be present without physical dependence; and is generally the harder one to treat, as it requires a therapeutic approach and the use of a long-term maintenance program. 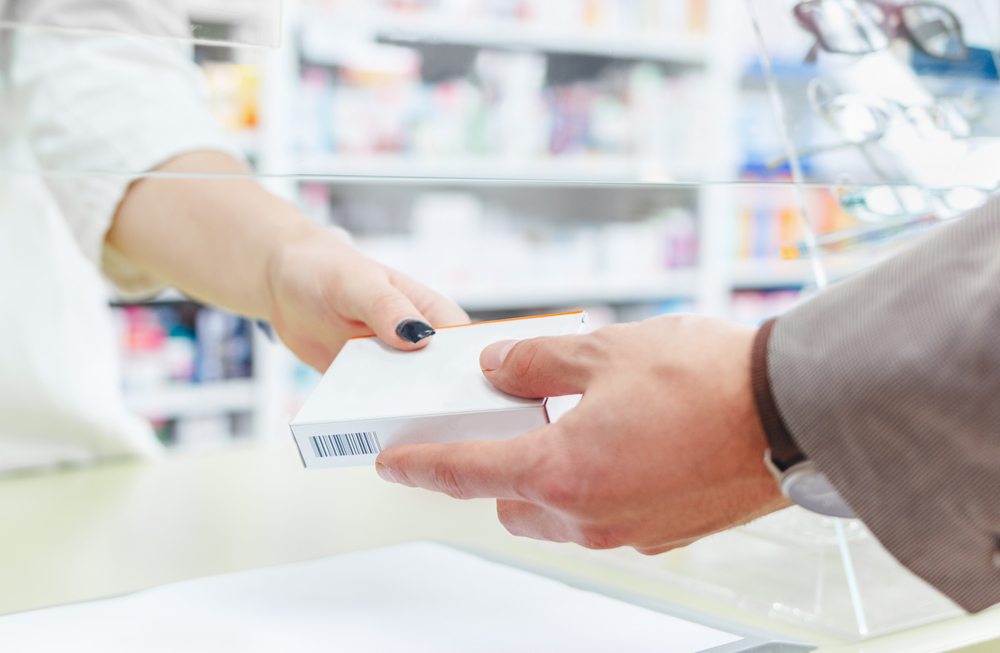 The signs of prescription medicine dependency, can vary and will depend upon several factors, including the type, amount, and frequency of any drug that a person has been taking.

The following are some common signs that may suggest an individual could have a problem:
• Increase in the amount or frequency of use.
• Continued use of the drug, even after the pain it was prescribed for has ceased.
• Complaining about vague symptoms to get more medication.
• Lack of interest in treatment options other than medications.
• Taking prescriptions not meant for them.
• Personality changes.
• Unable to meet responsibilities, within the home, or at work, or school.
• Changes in behaviour, sleeping or eating patterns.
• An increase in secrecy, or dishonesty.
• A decline in physical health.

If you, or someone you love, is showing any of the above signs, it is worth speaking to a professional as soon as possible and enquiring about the proper way to reduce or stop the use of any substances they are taking. This is important as certain drugs may require a medical detox for safety reasons. 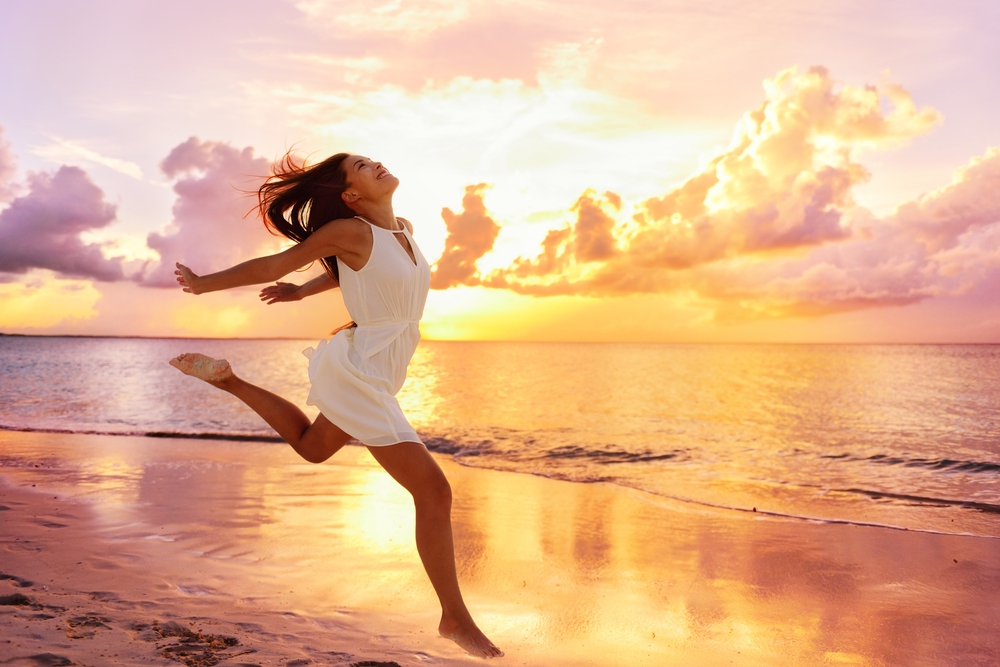 Here at our luxury rehabilitation centre, set on the beautiful Spanish island of Ibiza, we have a highly qualified team experienced in a range of therapies for the treatment of prescription medication dependency, substance and process addictions, anxiety, depression, as well as other conditions affecting mental health.

Alongside the more traditional methods of individual and group counselling, we use cognitive behavioural therapy, transcranial magnetic stimulation, and equine facilitated psychotherapy.

For information on all the therapies available here at the Spanish rehab centre, and details on admissions contact sharon@ibizacalm.com