The spiritual side of Ibiza 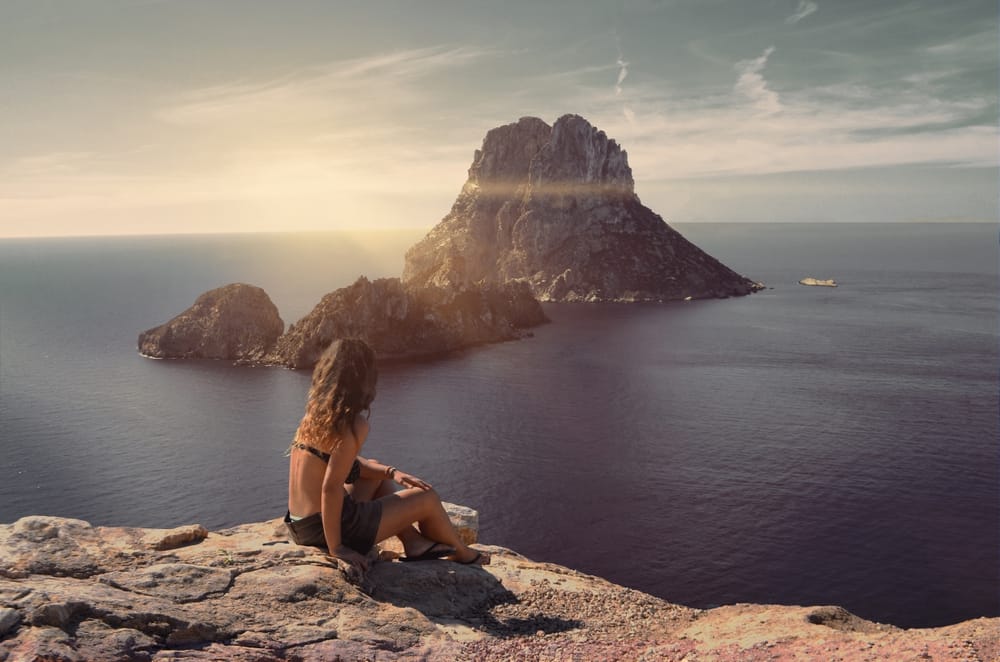 The spiritual side of Ibiza

The Balearic Island of Ibiza is synonymous with partying and is a mecca for anyone involved in the music scene. In the 1970s, it was American rock and roll that took the island by storm. Legends such as Eric Clapton, Mick Jagger, Freddie Mercury, and Bob Marley are all reported to have partied there during this period, flaming its reputation for hedonism and drug use. 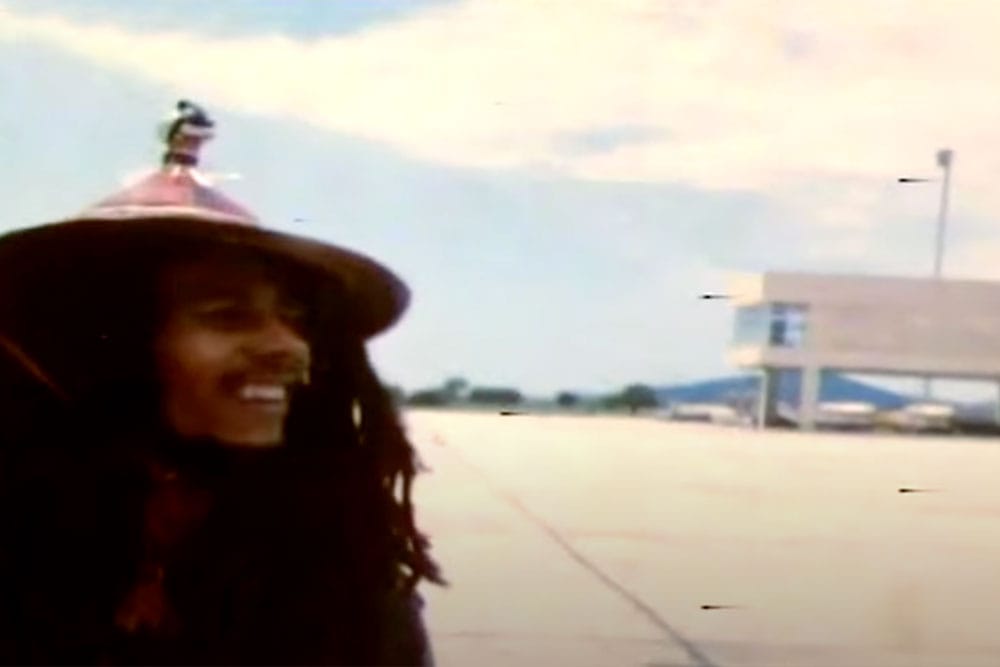 Then in the 1980s, ravers began flocking to the island, to enjoy dance music in clubs such as Pacha and Amnesia, and it spawned a whole generation of club-culture tourism, becoming the in-place to party. 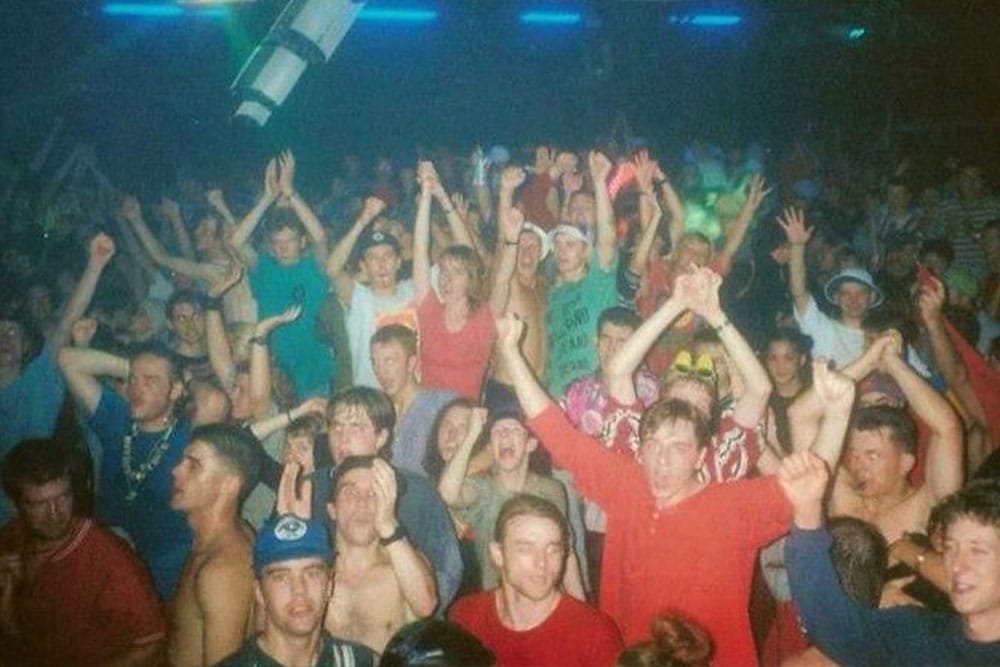 But it isn’t all about the music scene or drug and alcohol use, there is a calmer, spiritual side to Ibiza. Since the 1930s, the (then) little-known, mainly untouched, and completely unspoilt beauty of Ibiza has been a magnet for artists; musicians, poets, writers, and painters alike, who all used the island’s peace and tranquillity to feed their creativity.

During the 1960’s, in the era of flower power, it was a place where many peace-loving Americans fled to avoid the draft into military service for the Vietnam War; and it quickly became the hippie capital of Europe.

The island is purported to have magical, healing energy, which wraps around you the moment you step off the plane, or boat, and arrive to endless blue skies, and (almost) year-round sunshine; and travelling through the outstanding beauty and scenery that surrounds Ibiza, you can absolutely see why so many claim the island to have mystical qualities. 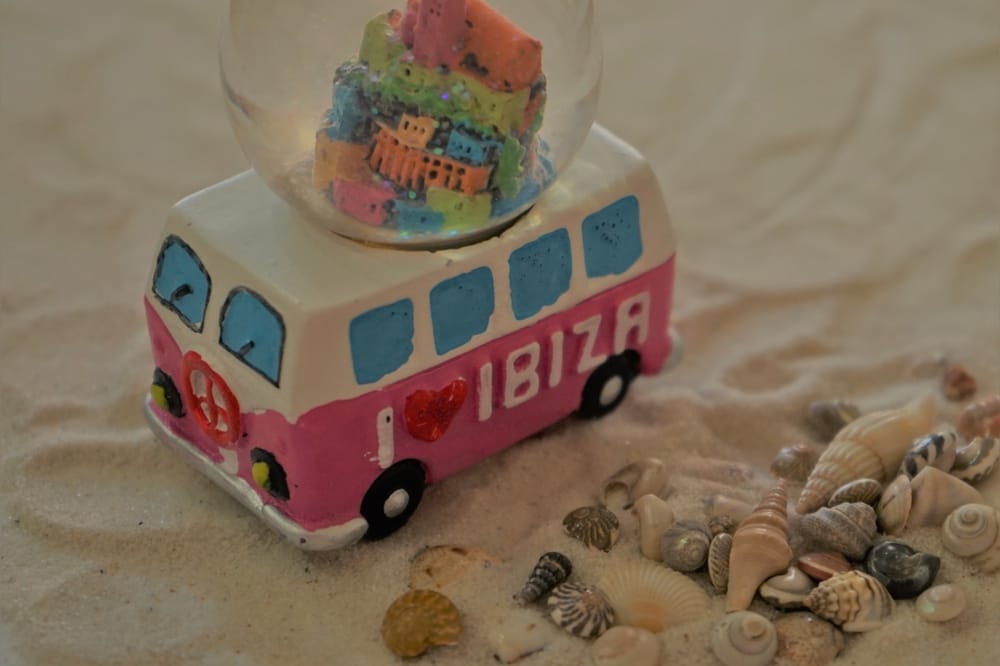 Especially after watching (what is declared by many to be) one of the most stunning sunsets on earth, in which you will see a magical vista that has, quite literally, been celebrated for thousands of years, ever since the original Phoenicians settlers worshipped Baal, the sun god.

Probably the most renowned spiritual point on the island is Es Vedrà. The holy island of the lunar goddess Tanit; partner to the sun god Baal and patroness of Ibiza, she is a deity of the moon, a symbol of sexuality and fertility, and a heavenly goddess of war and dance (pretty apt really); is located to the southwest of Ibiza and part of the Cala d’Hort nature reserve. 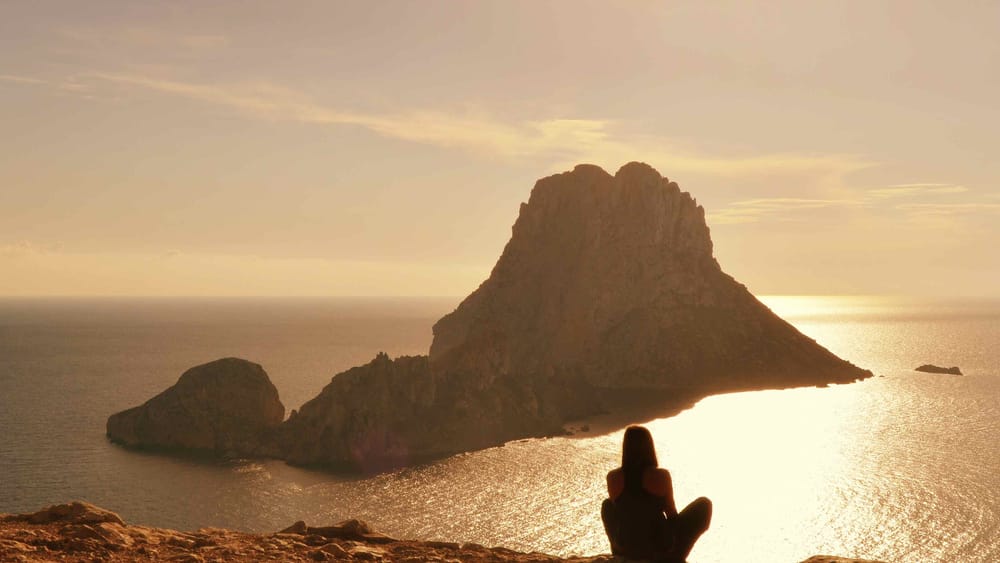 The small uninhabited rocky outcrop is claimed to be the third most magnetic place in the world (after the North Pole and the Bermuda Triangle). There are several legends that surround Es Vedrà. It is reputed to be the tip of the sunken civilisation of Atlantis. It is claimed that UFOs have been seen in the sky above the island. It is said that it is home to mermaids, sea nymphs, and sirens (some of which tried to lure the Greek King Odysseus from his ship, in Homer’s Odyssey).

It is also the setting of the famous Ibizan fable – The Giant of Es Vedrà; a tale where two brothers save their father from an incurable illness after a trip to the island. In more modern times it has featured on the cover of many albums, and several famous artists have written about it in their musical work. 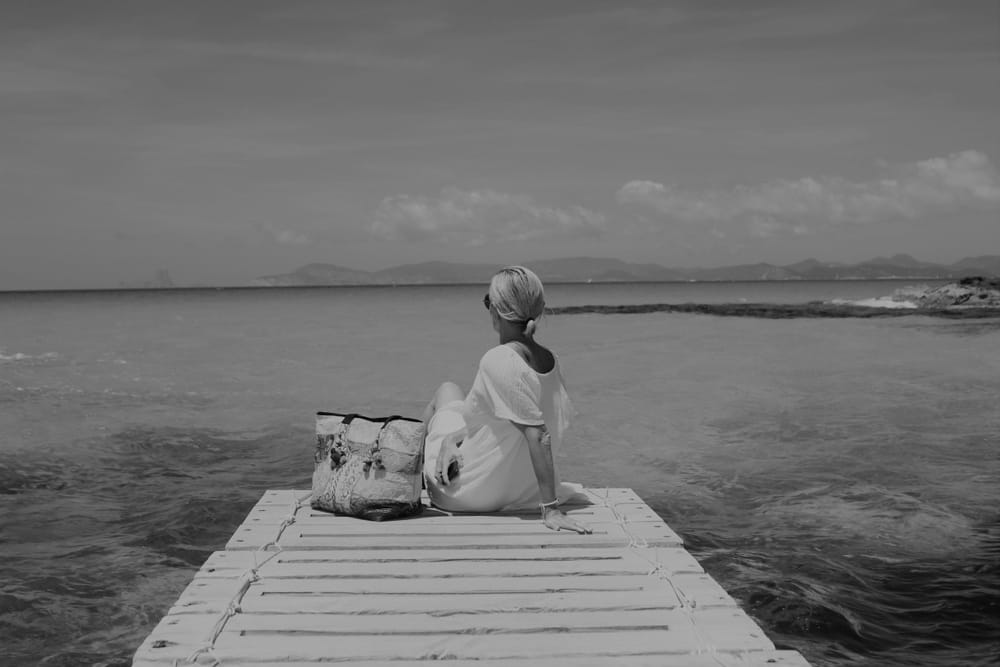 With all the mystery, and supernatural activity that surround the triangular-shaped rock, is it any wonder that it is a popular site for spiritual practices of all types.

As the world in general wakes up to the benefits of all things emotionally uplifting and physically curative; be it Yoga, mindfulness, meditation, or any other healing practice; Ibiza has once again been ahead of the curve and is leading the way. 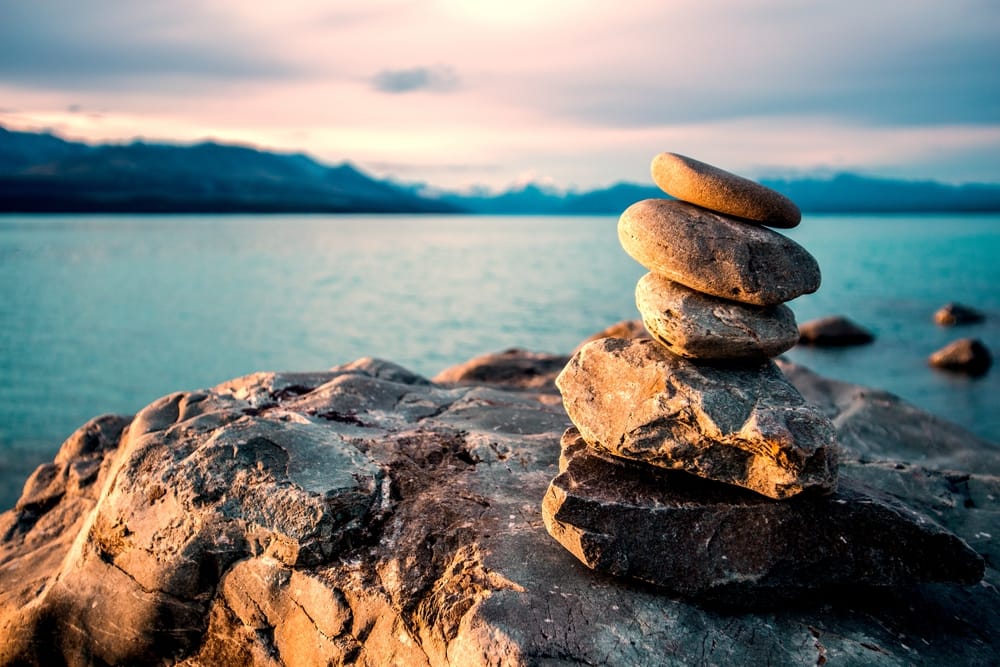 It could stem from a time when the island was the hippie capital of the Mediterranean; or simply be down to the huge surge in the popularity of personal growth, mindfulness-based, alternative therapies, and the positive impact they can have on our mental health. Whatever has fuelled it, the island has seen a boom in wellness tourists over the last few years. 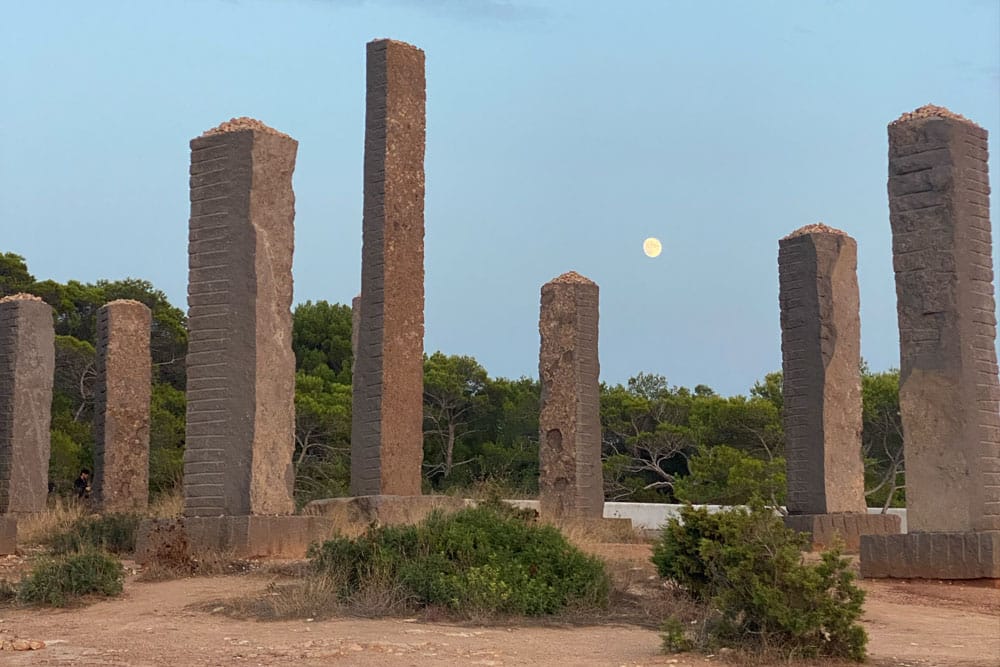 Chakra balancing, yoga retreats, sunset rituals, crystal healing, Reiki, gong relaxation, and more, are all on offer, tapping into the transcendent feel-good vibes and the deep spiritual connection that the island invokes.

Ibiza Calm Addiction Treatment Centre is the most personalised rehab treatment centre in Europe. The clinic is housed in an authentic Ibizan finca, located on private land surrounded by orange and lemon groves, where you are completely embraced by nature. 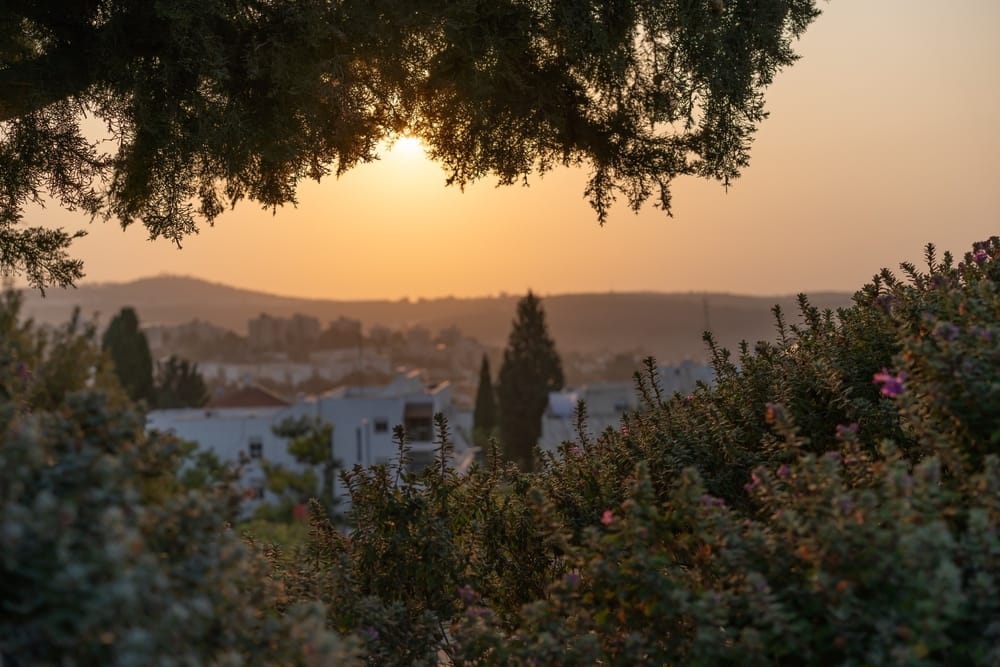 There is room to relax and unwind, two gorgeous pools to burn off some energy, and welcoming therapeutic spaces geared specifically towards talking. Individual, single-occupancy rooms ensure all clients have their own space, and somewhere to retreat if they need a little alone time.

The rehab centre’s growth has seen the addition of more tailored and customised options, the full bespoke and premium programs. With these, the client receives all the care and attention necessary to recover in an exclusive one-to-one environment and has more input in exactly how their stay is managed; help and support (if required) is available for their family members; plus, accommodation can be provided for family, staff, or security.

2023 sees the rehab centre launch its individual treatment space. A luxury private casita located within the grounds of the rehab centre’s three-hectare estate, with its own entrance, exclusive pool, and personalised staff, it is perfect for clients who want complete seclusion and total anonymity, with complete access to the rest of the facilities at their discretion. 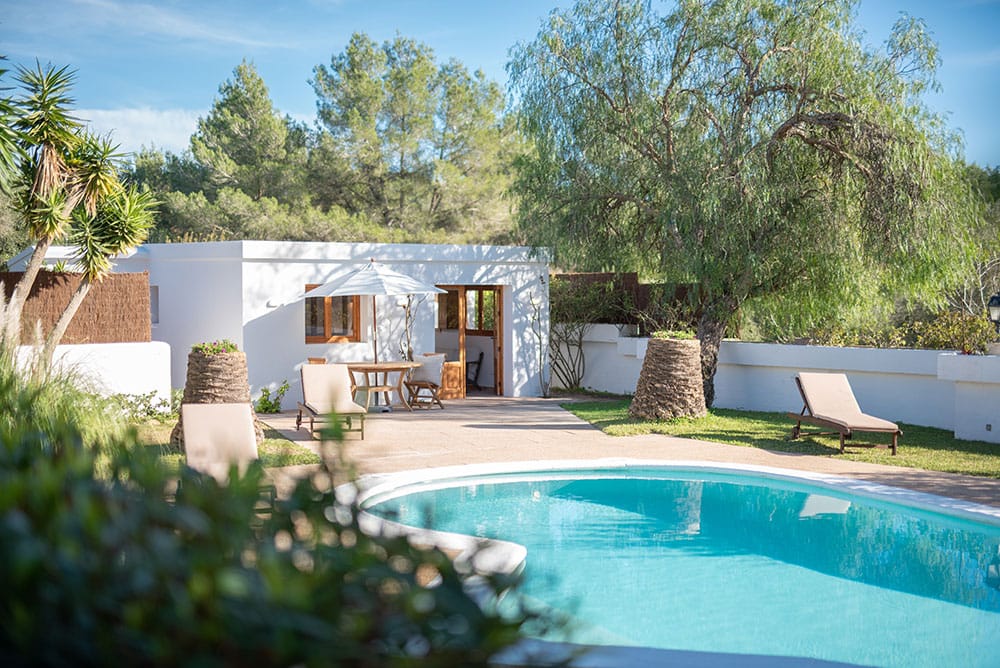 A team of highly qualified international staff deliver carefully designed programs which are a blend of counselling, group psychotherapy, mindfulness, and complementary practices, such as yoga and meditation.