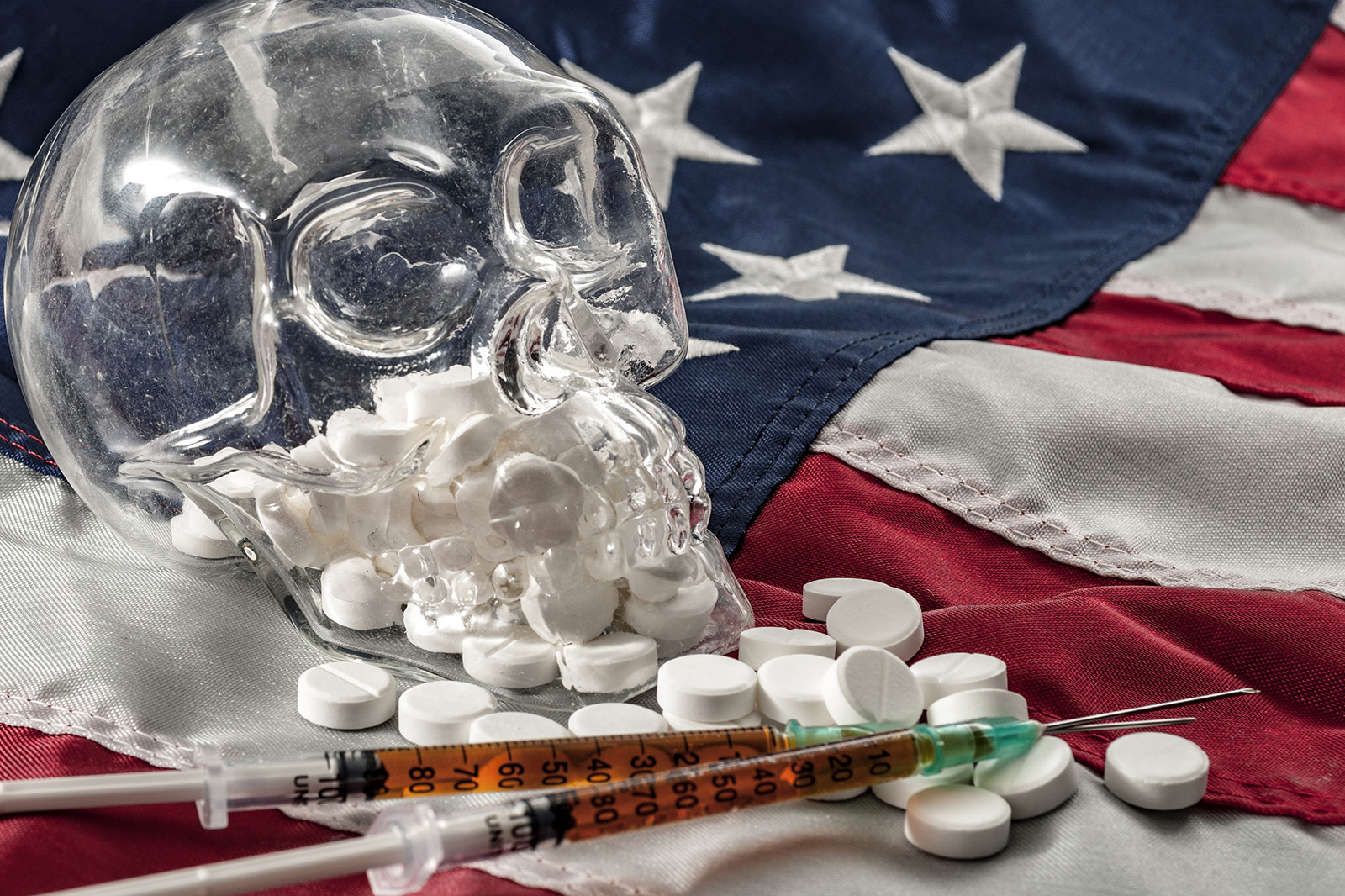 “We do not, most of us, choose to die; nor do we choose the time and conditions of our death. But within this realm of choicelessness, we do choose how we live”

Let’s abbreviate this…We get born, we do stuff, and we die. We all hope for a good end without pondering too long on how it might happen. But let’s face it, the choices we make in life have an impact on how we die, for the most part. So if you really want to get into the nitty-gritty of how a country’s people live, have a look at how its people die.

In 2015, something happened in the United States that hadn’t occurred there in the past 100 years: life expectancy entered a period of sustained decline, and hasn’t stopped since.

In most high-income countries life expectancy has been increasing gradually but steadily since we suffered through the last plague/holocaust/tsunami. The last time life expectancy in the United States showed a similar decline was at the start of the 20th century -as a result of deaths in the First World War and the 1918 influenza pandemic.

It’s difficult to ignore stats like this, particularly if they have a palpable underlying cause -one that isn’t linked so blatantly to war, or some other arbitrary virus of the body/mind. In the US, the persuasive belief is that people are down to drugs. Specifically… drugs that contain opium.

Their company Purdue Pharma is being sued from every possible angle in a class-action US lawsuit worth over $10 billion. Their attempts to settle the lawsuit out of court are a damning indictment of the company that has strategically underwritten the US opioid epidemic.

Widely known as “hillbilly heroin” because of its abuse in Appalachian communities, OxyContin is alleged to have fostered a national crisis that has claimed more than 400,000 lives from 1999 to 2017 (see Centers for Disease Control and Prevention).

Because it interacts with the body’s nervous system like heroin, OxyContin is a sterling alternative to street opiates. You can get your hands on it without any commotion, without a visit to the street-corner dealer, and without any of the unseemly stigma attached to cooking up smack. It comes in branded packaging from the local pharmacy with a doctor’s note that obfuscates its sense of risk.

“The Sackler family built a multibillion-dollar drug empire based on addiction,” New Jersey Attorney General Gurbir Grewal said in May 2019 when his state joined others in suing the Sackler family and their company.

Estimates vary wildly over just how much money it would take to finance the treatment and prevention programs, emergency services, law enforcement and other measures needed to fix the problems created by opioids. In October 2019, the federal Council of Economic Advisers said that during the four-year period from 2015 through 2018, the economic toll from opioids was more than $2.5 trillion, including the cost of health care and law enforcement, and estimates of lost productivity.

Lawyers on all sides have been stepping up efforts to reach a national agreement before the make-or-break New York trial scheduled for later this month. Purdue Pharma, and the cancerous Sacker family weasels aren’t the only dead men walking. Yes they made the drug, popularised its prescription, marketed its benefits and underplayed its dangers, but they were part of a much broader collective of complicit cancerous corporate welts. Tap-dancing around the grey area of pharmacology with impunity; converting pain, sedation, addiction, depression, and all manner of underlying criminality into dollars. God bless capitalism.

What’s most jarring is the difficulty lawyers are having defining accountability, and are creaming it whilst they figure out the details. Imagine being a lawyer defending such a flagrant corruption of morality! I’m not sure how I feel about more money being spent defending something so indefensible, but it’s only marginally removed, in moral terms, from the smack-peddling suits that pay their day rates.

Whatever the final amount paid out, it will certainly fall well short of what public health experts say is needed to heal the long-term effects of the opioid crisis. The tobacco settlement of 1998 totalled more than $206 billion over 25 years. analysts and lawyers said the calculus to reach these settlements is even trickier than it was with the tobacco settlement.

For starters, four cigarette companies produced a single product — one whose dangers were undisputed. But prescription opioids are beneficial for some patients. In addition, the dozens of companies targeted in the opioid lawsuits “do some very good things,” said Mr. Rice, including making or selling an array of medicines, vitamins and medical devices as well as drugstore products like shampoo and baby lotion.

They include the health and consumer products giant Johnson & Johnson; some of the world’s largest makers of generic medicines; the huge drug distributors McKesson, AmerisourceBergen and Cardinal Health; and the national pharmacy chains, including Walgreens, CVS and Walmart. Opioids usually represent only a sliver of their business. Even plaintiffs’ lawyers say it may not be in the public interest to squeeze the companies too tightly.

Lawyers and economists also say that pharma will most likely pay less than Big Tobacco because, by one crude measure, its damage is smaller: prescription painkillers have claimed far fewer lives than cigarettes.

According to the Centers for Disease Control and Prevention, about 218,000 people died from overdoses related to prescription opioids from 1999 through 2017. But each year, more than 480,000 people die from causes directly related to smoking or secondhand smoke.

Another challenge: apportioning blame. For cigarettes, that issue was relatively straightforward. The tobacco companies were almost entirely responsible for the manufacture, marketing, distribution and product placement of cigarettes. While the government could ban sales to minors, it had little authority to regulate marketing and distribution of tobacco until 2009.

But medications pass through many types of businesses. The defendants argue that the federal government bears blame too, because the Food and Drug Administration approved opioids for the market and the Drug Enforcement Administration was supposed to be monitoring sales and distribution.

Whatever the end result, the Sackler family, and all of the other complicit distributors have been rumbled. Addiction comes in many forms, and just because the drug-of-choice is available over the counter doesn’t make it any less dangerous.

At Ibiza Calm, here in Spain (Ibiza) we recognize that an addiction to prescription pills can be one of the hardest addictions from which to recover. We provide support in every step of the recovery process with treatment plans specifically tailored to you. For further information, please contact info@ibizacalm.com.