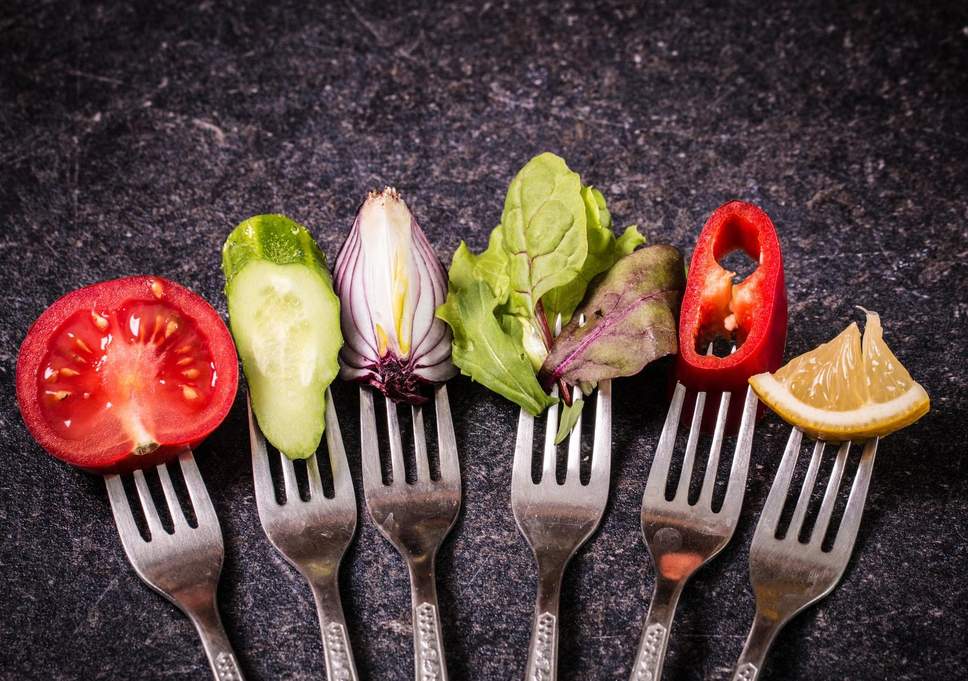 The rise of vegetarianism and veganism in recent years is in due in general to increased awareness and compassion for animal suffering, a personal responsibility towards sustainability or reducing carbon emissions and of course, out of emergent consciousness leading to healthier lifestyles. However, studies are beginning to show that there is occasionally a darker motivation to the dietary lifestyle choice. New research indicates that some amount of people with eating disorders may be using vegetarianism and veganism as socially acceptable ways to disguise anorexia, bulimia and other disorders.

There is an obsessive trend on the rise in the vegan community regarding ‘healthy, clean or pure’ eating called ‘orthorexia,’ and although it’s not officially designated an eating disorder, it shares many similarities with other obsessive disorders. For some this obsession might start with a healthy vegan diet but end up with major restrictions of large groups of foods that are deemed ‘unclean, unhealthful, or impure,’ which also typically results in significant calorie restriction. People with eating disorders often use the quick excuse that they are vegetarian or vegan to avoid eating and it largely goes unnoticed. This as opposed to admitting they’re restricting calories out of a fear of gaining weight.

Dietitians and therapists alike might ask the same initial question to understand the reasons behind choosing a plant based diet, ‘Why?’ This is not because they necessarily believe their client needs to be eating meat, dairy, and eggs to be healthy, but because allowing restrictions to certain foods could subsequently allow an eating disorder to persist. If the initial response is weight loss, this can often raise a red flag. Subsequent questions might be, ‘Do you feel guilty for eating ‘bad or unhealthy’ foods? Is it that  you want to follow the diet to rid yourself of this guilt or do you want to follow a vegan diet so you don’t have to explain why you don’t want to eat particular foods?’ The most important step here, as with all addictions is identification of the disorder, followed by an individual’s willingness to change behaviour and then subsequently proper treatment can be administered to allow recovery to start.

To be clear, this post is about restrictive diets and eating disorders, and how a person with an eating disorder, or such proclivities, may use vegetarianism or veganism as an excuse to not eat certain types of food. With careful planning, one can enjoy a healthy plant based diet that satisfies all nutritional guidelines. Having a greater understanding of what goes into your body, knowledge of organic foods and the positive benefits of a plant based, non-refined diet has on your body can lead to healthier and fitter lives.

If you suspect that you or a loved one is suffering with an eating disorder, please don’t hesitate to call us for help or advice at Ibiza Calm. We have an expert team of professionals available at all times for any number of addictions.